So, I found out currywurst is a thing here in Berlin. Maybe in the rest of Germany too but that’s too extreme of a guess for me to make. Anyway, I decided to try it since I am unofficially eating my way around the world.

I feel I should preface my reaction to currywurst by saying sausage isn’t really my thing. Even cut up into bits and covered in what I will assume is a curry type sauce. This, I think, is a fairly safe assumption. When I saw the signs for it, I basically asked the universe why? Out loud and frequently since I kept seeing stands advertising currywurst like it’s actually a thing people regularly buy. And maybe even enjoy.

At Berlin gay pride, I was feeling good. The sun was all shiny. And I had euros. The food cart lines were long and everyone seemed to be in the process of stuffing a sausage in their faces (bratwurst), about to get a sausage from an approved supplier, or was eating French fries. So I decided then and there to try this chopped sausage. With fries. 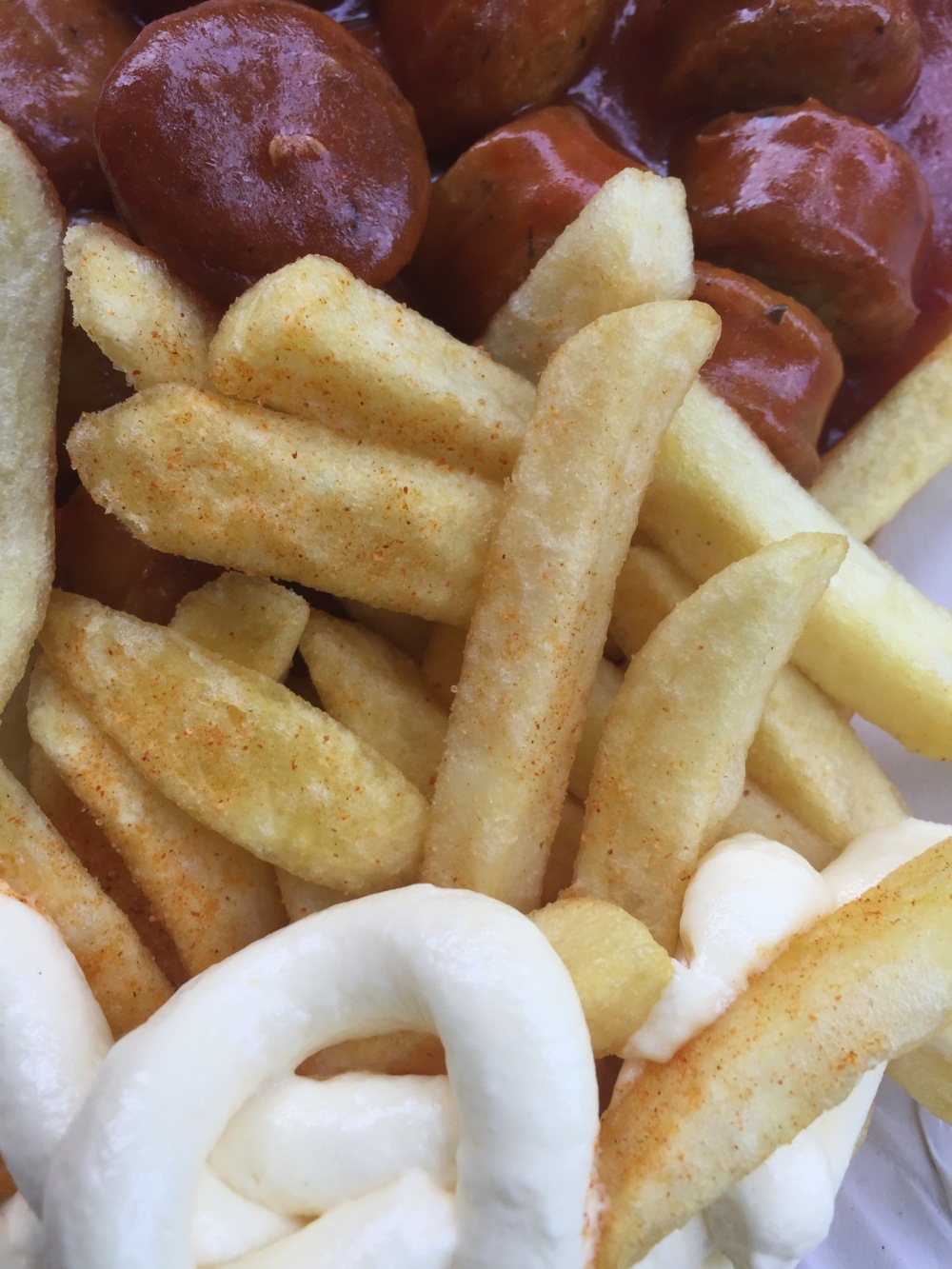 It was actually really good. I couldn’t begin to identify any known version of curry as being part of the sauce, necessarily per se. But I don’t know everything about curry so… Anyway, the currywurst was good, the fries were delish, and a good time was had by all my taste buds. Overall, an A+ situation until my body, immediately after the last bite, decided it needed to get rid of the sausage. But not from the front end.

Maybe it was the mayo.

This site uses Akismet to reduce spam. Learn how your comment data is processed.